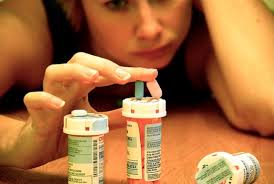 Many people find difficulties getting off of hydrocodone alone. Find the help you need today!

For many people, an unexpected injury, dental surgery or even a nagging cough precipitated their first encounter with hydrocodone. As innocent as these beginnings may be, ongoing use of this drug can bring on unforeseen problems that quickly spin out of control. Most commonly used to treat conditions involving pain and/or inflammation, doctors prescribe hydrocodone drugs on a frequent basis.

While prescription drugs may seem to come with their own built-in safeguards, opiate-based medications like hydrocodone carry highly addictive properties. Though some people may be more susceptible to addiction than others, hydrocodone’s effects can have dire consequences for most anyone who abuses the drug.

From the first time a person takes hydrocodone, the drug’s effects begin to alter vital brain chemical processes. Much like the opiate ingredients contained inside hydrocodone, the brain has its own opiate-based delivery system that regulates pain and pleasure responses throughout the body. Hydrocodone’s pain-relieving effects also bring about feelings of euphoria and calm when a person first starts taking the drug. These “side effects” play into hydrocodone’s addictive potential.

With each dose of hydrocodone, certain brain cell receptors secrete the body’s natural pain-relieving chemicals, also known as endorphins. With ongoing use, the brain’s natural tendency to maintain a certain chemical balance causes its cell receptors to secrete smaller and smaller amounts of endorphins on their own. Eventually, the brain becomes completely dependent on the drug’s effects to deliver needed endorphin chemicals throughout the body.

The brain’s opiate delivery system also plays a pivotal role in the brain’s learning, motivation and reward functions. Since the brain normally secretes endorphins in response to pleasurable experiences, each successive dose of hydrocodone “trains” the brain to anticipate and eventually crave the drug’s effects.

This dependency on hydrocodone’s effects leaves the brain unable to maintain the body’s normal equilibrium. Opiate withdrawal symptoms result from the brain’s attempts to restore endorphin chemical levels back to normal, which can take weeks or even months.

Someone who experiences these symptoms while taking hydrocodone may want to consider getting hydrocodone addiction treatment. Without needed treatment, withdrawal effects will become progressively worse as brain cell functions continue to deteriorate from ongoing drug use.

While long-term use of hydrocodone can potentially place anyone at risk of addiction, certain risk factors do make some people more susceptible than others. Risk factors conducive to addiction include –