Hydrocodone is a medication that is prescribed for the treatment of moderate to severe pain but it is often abused for recreational purposes. Any form of hydrocodone abuse can be risk for the user and may lead to potentially fatal overdose. Early detection of an overdose is key to getting adequate treatment and help for this condition—without proper care, the risk of deadly consequences is greatly increased. Pay close attention to the following telltale hydrocodone overdose symptoms if you suspect that someone you know has abused this drug: 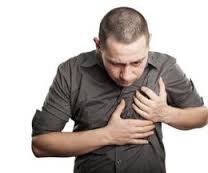 Symptoms of overdose include labored breathing and chest pain.

One of the earliest symptoms of a hydrocodone overdose, and likely one of the most dangerous symptoms is labored breathing. Any breathing difficulty, such as gasping for air or feeling as if you cannot seem to get enough air to sustain a breath is cause for concern. According to Medline Plus, labored breathing can lead to:

If someone you know has taken hydrocodone and is now unresponsive, seek prompt medical attention. Hydrocodone overdose symptoms are sometimes difficult to spot—unresponsiveness is one such symptom as you may easily overlook this as believing that the individual is asleep. If you cannot wake the individual up and you cannot get them to become attentive it’s time to seek immediate help. Unresponsiveness can quickly lead to coma which is a period of deep sleep in which the user may or may not ever wake up from.

Labored breathing can cause bluing of the skin especially the lips, fingernails, toenails and fingers. Hydrocodone overdose symptoms such as blue skin should not be overlooked or downplayed as they are a real sign that there is imminent danger for the user. Blue skin is a sign of lack of oxygen which can lead to seizures, coma and possibly even death if left untreated.

According to the U.S. National Library of Medicine, hydrocodone overdose can cause the pupils to narrow or widen. If you notice that an individual’s pupils have seemingly flattened into an oblong shape that is wide and narrow, there could be grave danger ahead. Seek immediate help if you notice pupil changes such as these along with any other symptoms of hydrocodone overdose.

Seizures can result from a lack of oxygen getting to the brain or from other complications associated with hydrocodone overdose. Regardless of why the seizure occurs, any instance of a seizure should be properly examined by a medical professional. If you suspect that someone you know has overdosed, or if you notice an individual having a seizure, call 911 immediately.

Unfortunately, death is a possible outcome associated with hydrocodone overdose. Paying close attention to the earlier symptoms of hydrocodone overdose can help to reduce the risk that overdose will lead to a deadly outcome—but there are no guarantees. Any abuse of this medication can lead to potentially deadly consequences.