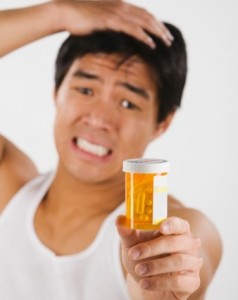 If you’re beginning to depend on hydrocodone too much it may be time to stop using it, and to seek help if you cannot do so on your own.

Hydrocodone is an opioid analgesic pain reliever that is commonly prescribed to patients following injury or surgical procedures. Taking Hydrocodone as prescribed generally requires the medication to be used multiple times each day over a period of weeks or sometimes even months while pain is treated. Unfortunately, this can lead to dependence which may make quitting a challenge. Here’s a look at some of the most common signs of hydrocodone dependence:

Medline Plus reports that Hydrocodone use can led to a development of tolerance as the user adjusts to the medication and gradually needs more of the drug in order to produce the same pain relieving effects. One of the first signs of hydrocodone dependence is seen in the tolerance that develops with continued use of the drug. Ultimately, the amount of hydrocodone that is necessary for the user to feel the same pain relief that they originally felt will increase and this tolerance will likely lead to other serious side effects.

When you become dependent on hydrocodone, there’s a chance that you’ll no longer have enough of the drug for your regular use and this will lead you to take part in other activities that will help you obtain more of the drug. Doctor shopping, going from one doctor to the next in an attempt to get multiple prescriptions from multiple sources, is a common sign of hydrocodone dependence.

People who are dependent on a drug revolve much of their time, energy and focus on the drug. Hydrocodone dependence often leads to erratic drug seeking behavior in which the user spends hours at a time focused on how he or she will get more hydrocodone. The thoughts will often range from how they will come up with money to buy the drugs to how they will actually get the drugs through a pharmacy, doctor shopping or other experience.

Hydrocodone dependence will cause an array of side effects most of which are very profound and noticeable when the user attempts to stop taking the drug. Withdrawal symptoms such as nausea, vomiting, diarrhea, anxiety, irritability or general discomfort when hydrocodone is not being used are all likely outcomes associated with hydrocodone dependence.

People who are dependent on hydrocodone or other drugs often withdrawal from their social lives and spend more time interacting with others who use drugs. Social withdrawal, though not a sure sign of dependence, is a common outcome in those who are abusing drugs.