Does My Husband Need Hydrocodone Rehab?

As one of many opiate-based, prescription medications, hydrocodone works well as a treatment for conditions involving pain. For this reason, doctors commonly prescribe drugs like hydrocodone to relieve pain symptoms of most any kind. As long as a person follows the prescription, the risk of addiction remains fairly low. Taking more than prescribed or taking doses more frequently than prescribed can place a person at risk of becoming addicted to the drug’s effects. 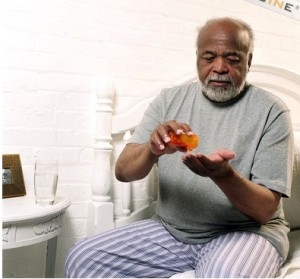 If your husband is showing the signs of addiction he needs help today!

If your husband started taking hydrocodone to treat back pain, tooth pain or any other type of pain condition, and has continued to take the medication long after starting the prescription, it’s likely he’s become addicted to the drug. Knowing the types of signs and symptoms to look for can help you determine whether your husband needs hydrocodone rehab.

Hydrocodone addiction happens in stages where ongoing abuse of the drug leads to physical dependency and eventual psychological dependency. According to the U.S. National Library of Medicine, increasing tolerance levels become the mechanism that drives the addiction process.

An increase in tolerance levels means the brain’s cell receptor sites are starting to depend on the effects of the drug to function normally. In effect, a person must take larger doses or take doses on a more frequent basis to obtain the same desired effects.

While hydrocodone is specifically designed to act as a pain reliever and/or cough suppressant, people typically experience feelings of euphoria, calm and well being as side effects of the drug. These side effects also contribute the drug’s addiction potential.

If your husband has reached a point where he’s taking the drug more often or taking larger doses, it may be time to consider hydrocodone rehab.

As your husband’s tolerance levels increase so will the severity of withdrawal effects. These combined factors can easily drive him to lose control over the amount of hydrocodone he takes from one day to the next.

As drug cravings continue to increase, a person will start to take risks he wouldn’t normally take, such as –

Once a person reaches this point, hydrocodone has taken over his life. When left untreated, your husband’s health, finances and relationships will continue to suffer until he gets needed treatment help.