Dangers of Mixing Hydrocodone and Alcohol

If you are dealing with moderate to severe pain, such as after a surgical procedure, your doctor may prescribe hydrocodone to help you find relief. This drug has been proven effective for many years, however, there is always the chance that you could become addicted if you rely on it for an extended period of time. Fortunately, you are being followed by a medical team that will watch your every move to ensure your good level of health at all ties.

There are things you should and should not be doing when taking hydrocodone. For example, you do not want to use alcohol or medications that contain alcohol if you are taking this drug. This may not sound like a big deal, but it can quickly have a negative impact on your mind and body. 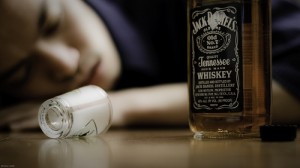 Hydrocodone and alcohol are a dangerous mix.

While not always the case, it is important to note that taking mixing hydrocodone and alcohol often times increases the chance of side effects such as dizziness, drowsiness, difficulty concentrating, and lightheadedness.

In the most severe of cases, drinking alcohol while taking hydrocodone can lead to symptoms such as respiratory distress, coma, low blood pressure, and fainting.

Even though it may be extremely rare, if you mix too much alcohol and hydrocodone it could result in death.

Note: the consumption of alcohol has the potential to speed up the release of hydrocodone into the blood stream. For this reason, a lethal amount could reach your blood.

Do you have Questions?

If you are taking hydrocodone for pain and have questions regarding what you should be avoiding, such as hydrocodone, be sure to speak with your doctor. This is the best way to learn more about how you should treat your body while taking the drug.

Those who are taking hydrocodone illegally do not often understand the seriousness of mixing it with alcohol. The reason for this is simple: they are not being followed by a medical professional. For this reason, they don’t understand that mixing the two can have serious side effects as well as the potential for death.

There are many dangers of mixing hydrocodone and alcohol. The side effects are serious, impacting both the mind and body.

If a person is taking hydrocodone, regardless of the reason, they never want to mix alcohol with the substance at the same time. Doing so increases the likelihood of serious consequences.