Hydrocodone abuse is not easy to hide. At first, a person may abuse the drug here and there, but tolerance and dependence will eventually set in, and the abuse will become more and more obvious to loved ones. If you are concerned that someone you know might be abusing hydrocodone, look for these telltale signs.

Abusing hydrocodone can make a person act strangely. The drug alleviates pain and causes euphoria in high doses like other prescription opioids. In pursuit of that high, many people act differently and their behavior should be a concern.

Some behavioral signs of hydrocodone abuse are:

Mood swings caused by hydrocodone abuse can be very severe. According to the NLM, normal use of hydrocodone may cause “abnormally happy or abnormally sad moods.” When someone is abusing the drug, these moods will be even stronger and the shift between them even more severe. 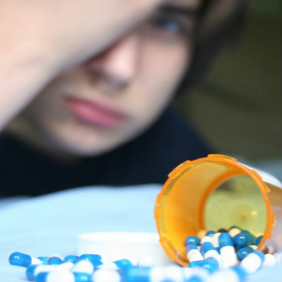 Narrowing of the pupils to a very small size (called pinpoint pupils) and extremely shallow breathing or no breathing are signs of hydrocodone overdose, and the person should be brought to the hospital as soon as possible in this instance. Many of the physical effects are more obvious when the person is abusing the drug, but overdose from hydrocodone is very dangerous and can result in coma or death if the person is not helped immediately.

According to the DOJ, “Most often these drugs are abused by oral rather than intravenous administration.” This means that abusers of hydrocodone will likely not have needles or other paraphernalia that point to their abuse of the drug. However, there will likely be many prescription bottles around their house, and they will probably hide the drugs somewhere most people wouldn’t think to look.

Hydrocodone abusers can get very secretive and also creative with the ways they find and hide more of the drug. Many people see multiple doctors in order to get more prescriptions. Others may fake prescriptions by stealing prescription pads from doctors’ offices. Some users buy hydrocodone on the street which can be an expensive habit.

The abuse of hydrocodone has many signs that you can look for in your loved one. If they are exhibiting these symptoms, they may need help and could be in danger of becoming addicted. Make sure you get your friend or family member the treatment they need before their abuse of hydrocodone gets worse.