People who’ve abused hydrocodone well know how addictive this drug can be. As an opiate drug, hydrocodone gains direct access to brain and central nervous system functions, according to the U. S. National Library of Medicine. Once addiction takes root, hydrocodone detox becomes a necessary first step in breaking the drug’s hold over a person’s life. 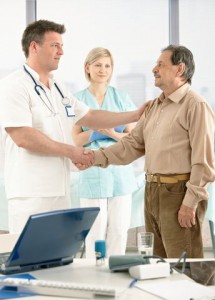 Detoxing from hydrocodone is associated with some intense withdrawal system. It is recommended to seek medical guidance.

While some people may opt to detox on their own, the damaging effects of the drug all but incapacitate a person’s sense of will and motivation. Hydrocodone detox treatment offers recovering addicts needed physical and psychological supports as brain and body functions adjust to the detox process.

Hydrocodone products, such as Lorcet, Vicodin and Lortab all contain varying strengths of hydrocodone mixed with non-opiate analgesics like aspirin, ibuprofen and acetaminophen. Commonly used to treat conditions involving moderate to severe pain, the various strengths work to address different degrees of pain.

Hydrocodone is only intended to treat pain symptoms on a short-term basis. Taking large amounts of the drug or taking it for longer than intended places users at risk of dependency and eventual addiction.

When abused, a person can become addicted to hydrocodone within a week’s time. On the other hand, the hydrocodone detox process can take considerably longer. Over time, the drug’s effects take over brain and central nervous system functions, meaning an ongoing supply of hydrocodone is needed to maintain normal brain functions.

For someone who’s addicted to hydrocodone, withdrawal effects can develop as soon as two to three hours after the last dose. This early onset of withdrawal symptoms results from how quickly the body metabolizes and excretes the drug from the system. Early withdrawal symptoms may include –

Depending on the severity of the addiction, the hydrocodone detox process can last for one to two weeks with symptoms becoming less severe over time.

The withdrawal symptoms experienced during the hydrocodone detox stage result from brain chemical imbalances brought on by ongoing hydrocodone use. For some people, these symptoms become unbearable to the point where a person ends up resuming drug use.

Hydrocodone detox medication therapies act as a buffer for uncomfortable withdrawal symptoms and so help ease recovering addicts through the detox process. These medications are specifically designed to mimic the effects of hydrocodone without posing a high risk of addiction.

While not everyone will require medication therapy during detox, those with a long-history of opiate addiction will likely benefit from this form of treatment.