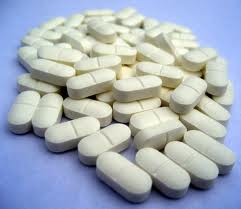 Hydrocodone is a prescription painkiller.

Hydrocodone is a prescription drug that is commonly prescribed for the treatment of moderate to severe pain such as that associated with injury, illness or surgery. There are a number of legitimate reasons to take Hydrocodone but this drug is also widely abused and can lead to physical dependence when used improperly or when taken for a prolonged period of time. Many wonder, “What is Hydrocodone?” and how does it work?

This medication is most often combined with acetaminophen to develop a pain relieving analgesic that works to reduce moderate to severe pain in those who have recently had surgery, suffered an injury or are suffering from an illness that includes serious discomfort. Hydrocodone is a narcotic analgesic that acts upon the Central Nervous System (CNS) to stop pain and prevent cough.

Unfortunately, anytime Hydrocodone is taken for more than a few days or it is taken improperly, there is a risk of addiction. Hydrocodone addiction can result from taking this medication without a prescription for the purposes of getting “high” but it may also come as a result of taking the drug for legitimate treatment of pain. Even if you are prescribed Hydrocodone, there is a risk of becoming addicted if you continue to take the medication for more than just a couple of days.

What is Hydrocodone Withdrawal?

What is Hydrocodone Used for?

Hydrocodone is commonly prescribed by a doctor for the treatment of:

Most of the time, Hydrocodone is administered in a tablet form. The medication is usually mixed with acetaminophen to reduce inflammation associated with many of the factors that cause pain. The medication may also be available in a liquid form, especially for the treatment of cough. Hydrocodone is also found in Elixirs, syrups, solutions and capsules.

The method of Hydrocodone administration will depend on a variety of factors including the patient age, health and medical needs. Generally, Hydrocodone is taken orally by mouth every four to six hours but your physician may request that you take the drug more or less often.