5 Most Common Hydrocodone Side Effects

Hydrocodone is a semi-synthetic opioid painkiller. It is an effective treatment for severe pain when used as prescribed. It does, however, like other opioid drugs cause tolerance and dependency after a few days of use and because of it produces similar effects to morphine and heroin, although less potent, hydrocodone is highly addictive if used frequently, in high amounts, or in abnormal ways of abuse.

Exposure to these medications usually comes after minor surgeries or dental procedures, through family or friends, ease of access on the street, or over the internet. Mistakenly, those who abuse hydrocodone do not think of the drug as dangerous and nothing could be further from the truth.

Most Common Side Effects 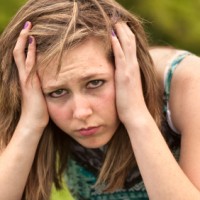 Hydrocodone has many things in common with other opioid drugs. With varying degrees of potency, it is effective in managing pain and causes similar side effects. The most common hydrocodone side effects are: