Dangers of Developing a Hydrocodone Tolerance

As a narcotic pain reliever, hydrocodone is often prescribed to those who are dealing with moderate to severe pain, such as in relation to a surgical procedure.

It does not matter if you began taking hydrocodone as prescribed by a doctor or illegally, there is always the chance that you could develop a tolerance. In turn, you will require more of the drug to achieve the same impact. This can lead to a serious addiction that can have a negative impact on both your mind and body.

As noted above, the primary danger of developing a hydrocodone tolerance is increased use. When you become tolerant to the drug, you may begin to use more and more as you search for the feeling you experienced in the past. This only makes your problem worse, as you are putting too much of the drug into your body at one time. 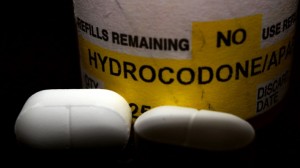 The primary danger of hydrocodone tolerance is its ability to lead to addiction.

There are other dangers of developing a tolerance, including the following physical symptoms:

Some of the behavioral and mood symptoms include the following:

As you take more and more hydrocodone in an attempt to achieve the effects you have come to enjoy, there is a greater chance of being faced with many of the symptoms listed above.

Another danger of hydrocodone tolerance is not being able to pinpoint what your body is going through. Some people are so intent on getting more of the drug, no matter what it takes, that they never consider the fact that they have developed a tolerance. Instead, they continue to take the drug, no matter how much is necessary, until they achieve the desired result. This can quickly lead to a serious addiction accompanied by many physical, behavioral, and mood symptoms.

Despite the fact that hydrocodone is often prescribed by a medical professional, it does not mean the drug can be taken without supervision. Even those who take hydrocodone exactly as prescribed have the potential to develop a tolerance followed by an addiction.

The best way to protect against hydrocodone tolerance is to only take the prescribed amount. Along with this, if you are not supposed to be taking the drug, stay away from it. Many are surprised to find how quickly tolerance can develop.